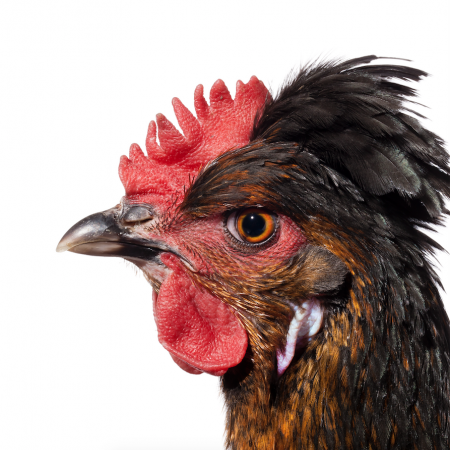 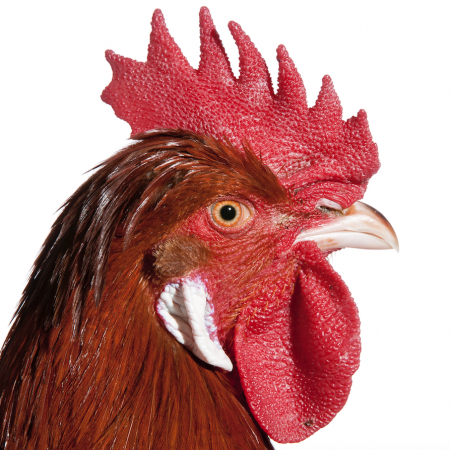 Descended from the Styrian / originates in the Sulmtal, the valley of the river Sulm in South Styria (Austria), from which it takes its name / once threatened with extinction / bred for its meat and eggs - one hen lays 130-180 eggs per year / originally, golden wheat was the only standard colour / after WWII, white varieties were also bred in East Germany / in 2013, Austria officially recognised silver-wheat-coloured and blue-wheat-coloured varieties.

Koen Vanmechelen saw his first Sulmtalers at Vienna Zoo. After some searching, he managed to order eggs from Austria. They were hatched on his farm.

La Maison des Artistes, on the domain of the ancient Castle of Chimay, near Dinant, in the Belgian province of Hainaut - the princess of Chimay was originally from Austria ... 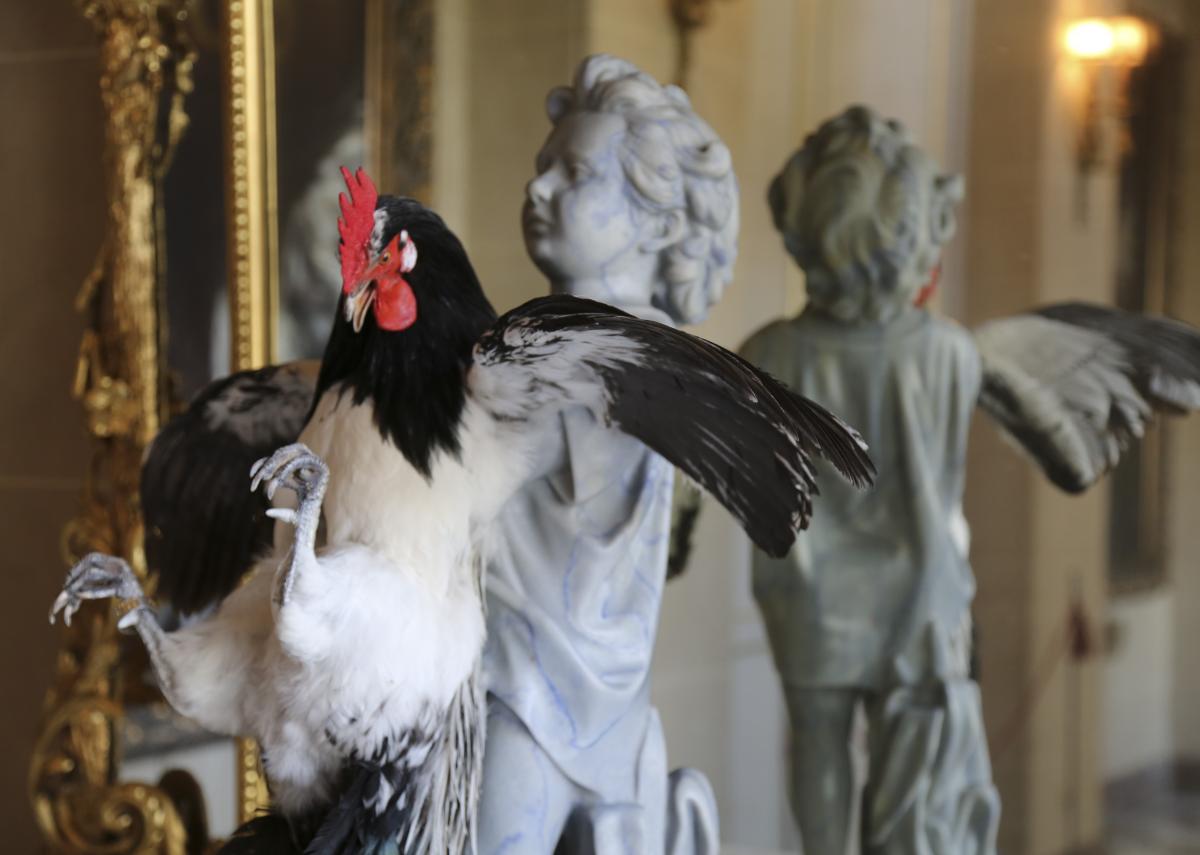 This eighteenth generation is the offspring of a Mechelse Styrian hen and an Austrian Sulmtaler rooster. Together, the Styrian and Sulmtaler chickens personify the geopolitical separation of a region that has long been an undivided entity. Both chicken breeds have their origin in Styria. By interbreeding the chicken species that eventually became known as ‘Slovenian’ and ‘Austrian’, the artist hopes to establish a new connection between enclaves that have become alienated from each other, and thus to correct history.

Austria has had a special place in the CCP following the awarding of the Prix Ars Electronica for Hybrid Art (in Graz in 2013) to Koen Vanmechelen, and because of the memorable meetings the artist had with Austrian quantum physicist Anton Zeiliger.

There is a special link between Chimay and Austria: in the 15th century, Maximilian of Austria elevated the County of Chimay to a Principality. As a result, the area gained a prominent place in history and thus became an excellent breeding ground for the Mechelse Sulmtaler. It is not without reason that the Mechelse Sulmtaler is nicknamed ‘La génération noble’.