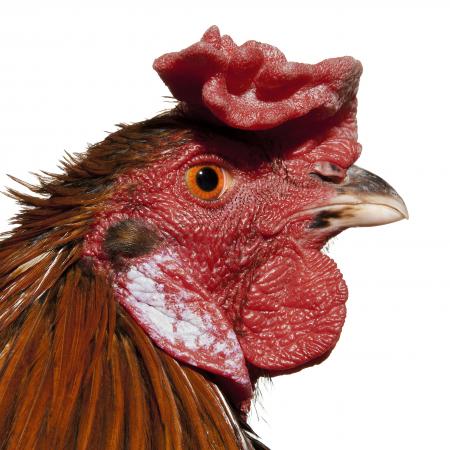 The various phenotypes show characteristics of the twelve different chicken breeds that were crossed into this generation of the Cosmopolitan Chicken Project / recognisable traits from Belgium, France, Great Britain, the United States, Germany, the Netherlands, Mexico, Thailand, Brazil, Turkey, Cuba and Italy. 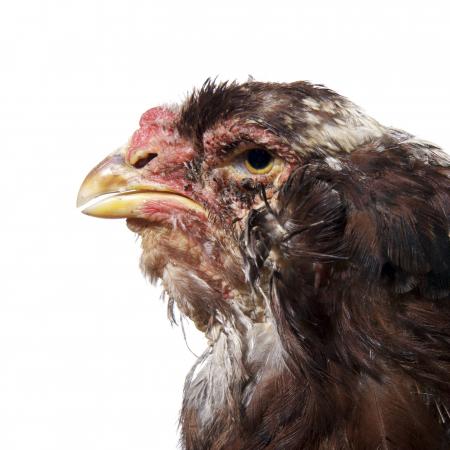 Chicken breed named after Alexey Grigoryevich Orlov, an 18th-century Russian count, the most influential promoter of this breed / Persian breed, spread across Europe and Asia in the 17th century / cultivated for its meat and eggs, and as an ornamental breed / colours: red porcelain, red, white, cuckoo / threatened with extinction (see the American Livestock Breeds Conservancy list).

Vanmechelen successively purchased Orloffs near Antwerp and near Moscow. Some arm-twisting was required to bring the asking price for one single chicken down from a whopping €27,000. 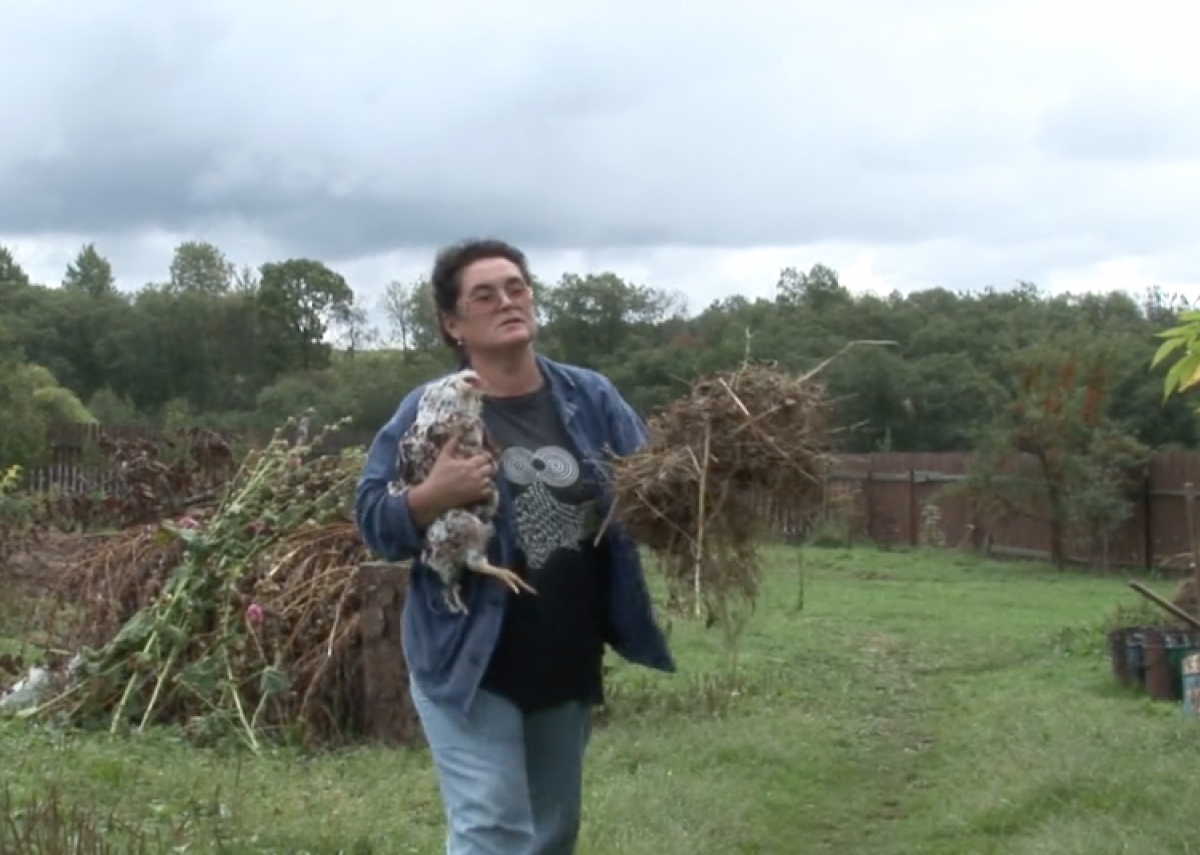 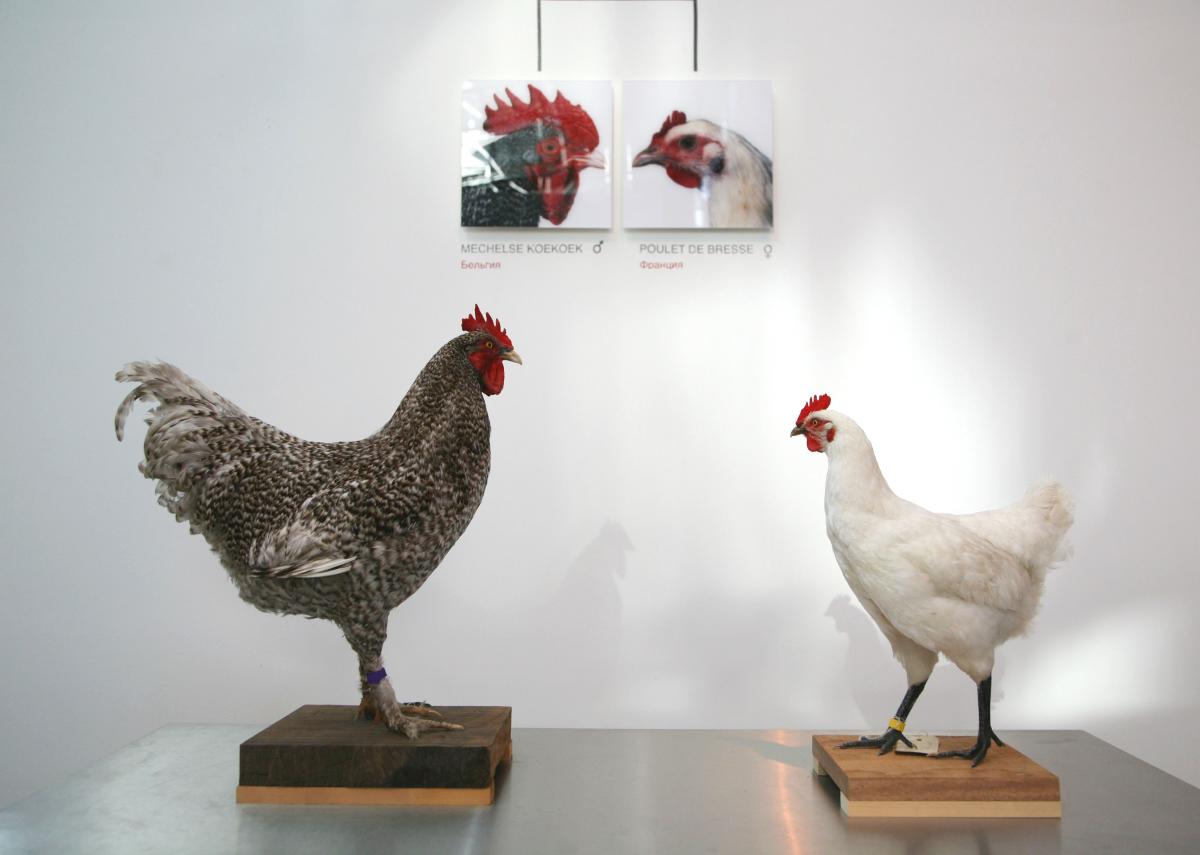 Bringing the chickens into Russia did not go smoothly. The list of obstacles to overcome was long, ranging from vaccinations over import taxes to administrative issues. During the transport of live animals from Belgium to Russia, Vanmechelen’s team had to deal with additional setbacks, including the death of one of the animals in transport. Consequently, the cost for this addition to the CCP was very high. 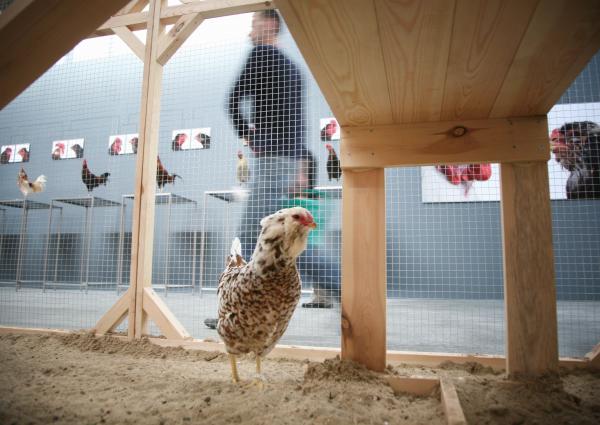 24 September - 25 October 2009
Belgian artist Koen Vanmechelen is driven by his motto “Every organism is looking for another organism to survive; the same applies to man and chicken”.