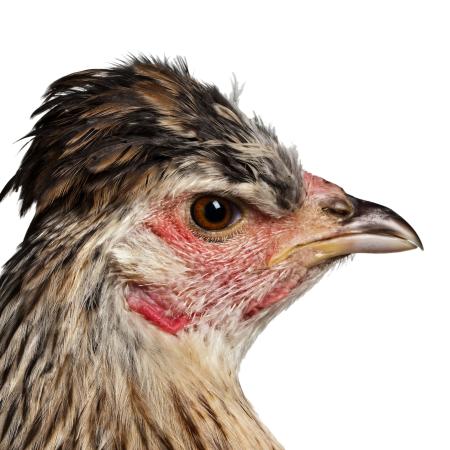 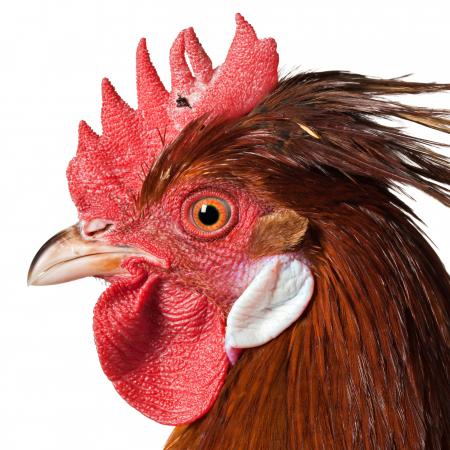 Descended from the old Germanic 'country chicken' of the Holy Roman Empire / mentioned in documents from the 14th century / bred in the Slovenian (area between the Mura and Sava rivers) and Austrian regions of Styria, from which the breed takes its name / around WW II, breeding of the Styrian came to an end, which brought it to the brink of extinction / only a small population remained, and for a long time the survival of the Styrian was uncertain.

Vanmechelen went to get specimens of the Styrian in the mountains on the border between Slovenia and Austria.

The Galerija Kapelica in the centre of Ljubljana, Slovenia - an art centre which organises exhibitions and projects by artists involved with science and technology. 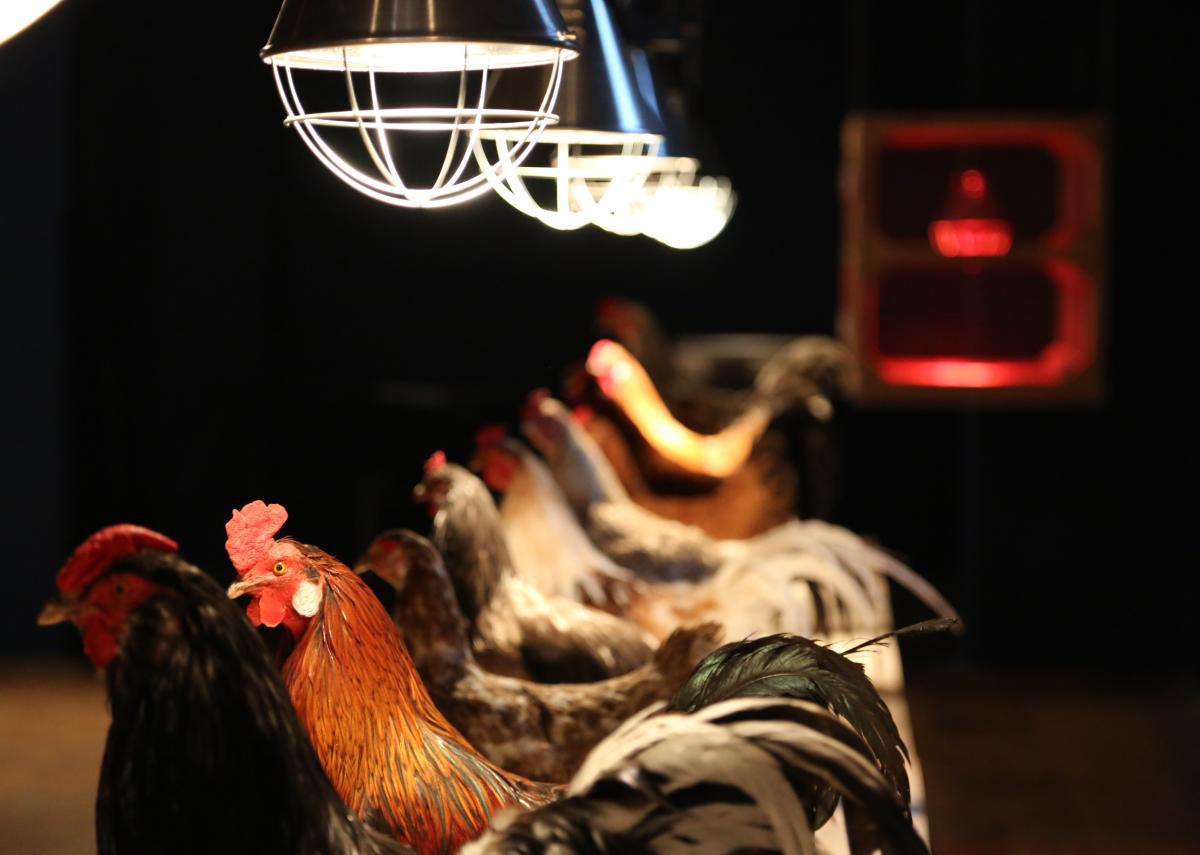 Following his exhibition in the Galerija Kapelica, Vanmechelen was nominated (amid great secrecy!) by the organisers for the Golden Nica (Prix Ars Electronica). That same year, he was awarded the prize for the Hybrid Art category. During the laudatio, among all the high-tech wonders of fellow honoured artists, Vanmechelen's Mechelse Styrian was present in a cage on stage, alive and well – and an artistic statement of great importance.