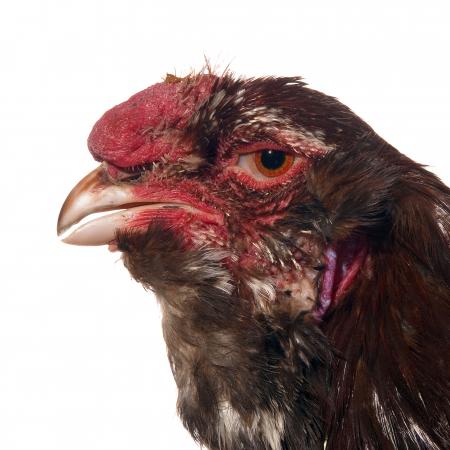 The various phenotypes show characteristics of the thirteen different chicken breeds that were crossed into this generation of the Cosmopolitan Chicken Project / recognisable traits from Belgium, France, Great Britain, the United States, Germany, the Netherlands, Mexico, Thailand, Brazil, Turkey, Cuba, Italy and Russia. 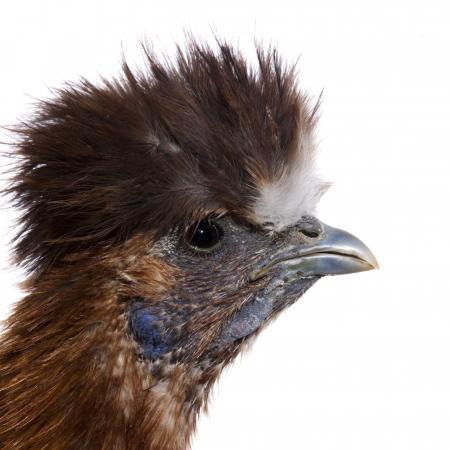 Perhaps originated in Southeast Asia / chicken breed with many atypical characteristics, such as particularly fluffy (silk-like) black plumage, dark blue meat and bones, blue earlobes, five toes on each leg (instead of four) / Marco Polo was the first Westerner who saw a Silky.

Originally invited to China for speaking engagements, Vanmechelen used his time in the country to scour local markets in search of the Silky. A few specimens of the Silky were displayed at the exhibition he produced for the Zendai Museum. 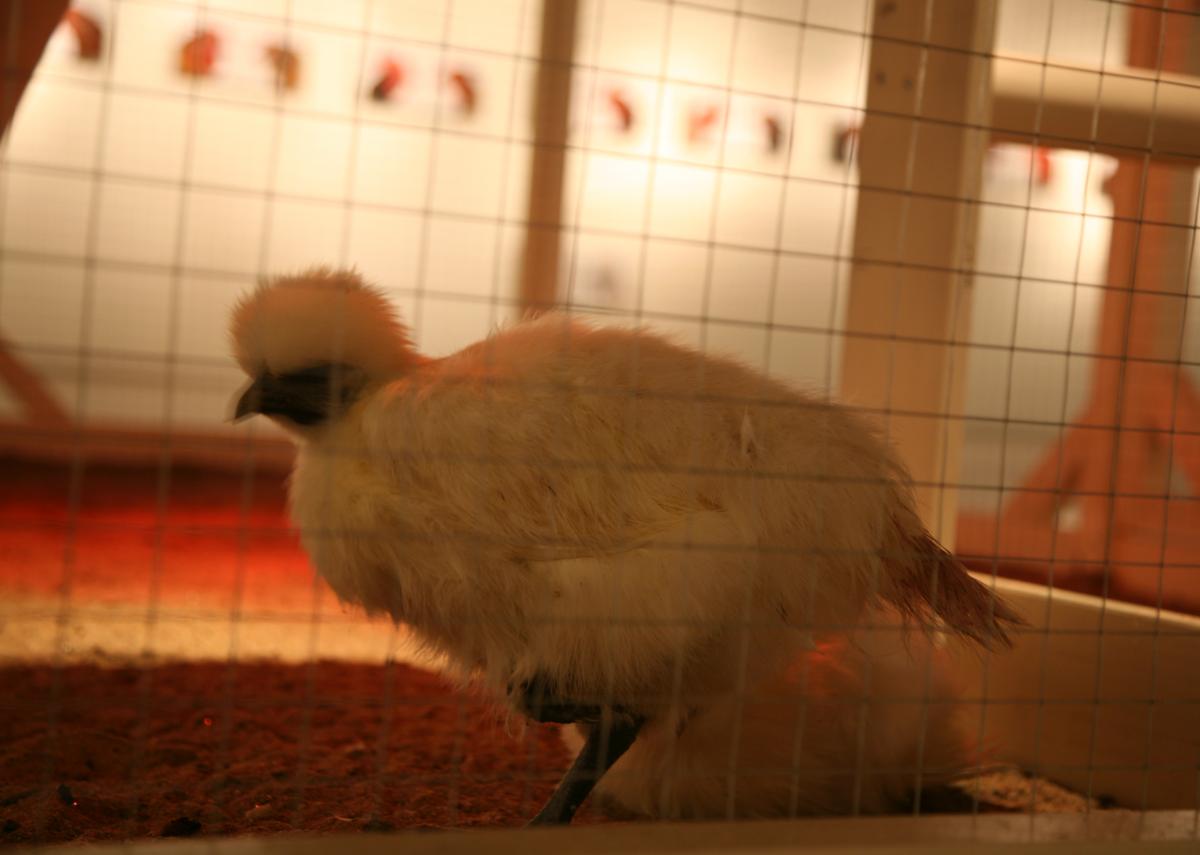 The Silky is a small but strong chicken breed. It is of great importance for scientific research on immunity, in the context of the CCRP. 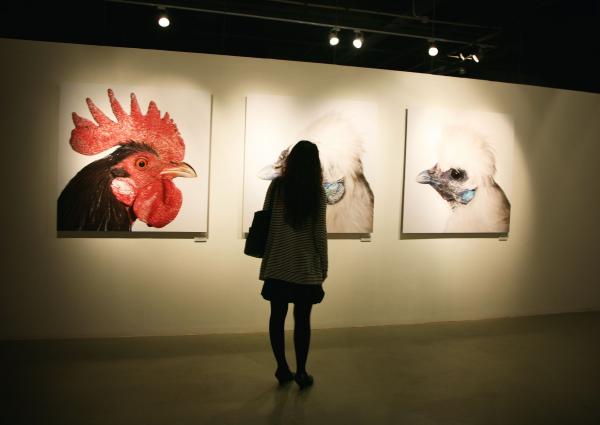 19 - 31 May 2010
With the presentation of the Mechelse Silky, the 14th generation in his worldwide Cosmopolitan Chicken Project, Belgian artist Koen Vanmechelen honours the Chinese people at the Expo 2010 Shanghai.