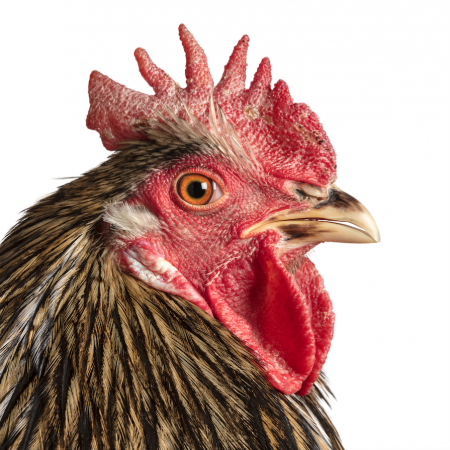 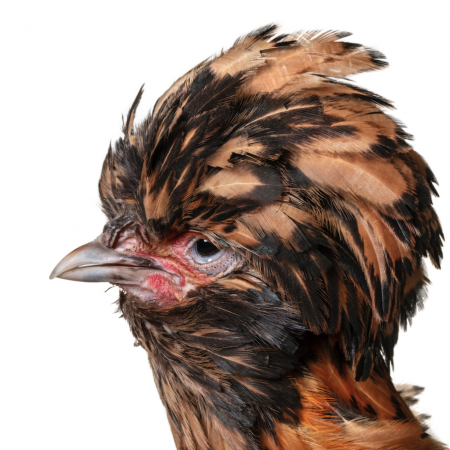 An old breed with typical small comb and beard / there is disagreement about its origins / it’s claimed by Poland, the Netherlands and Italy, but probably the result of a cross that over time has become associated with Padua and its surroundings.

A strange journey has begun in search of the Padovana, the chicken that will form the basis of what Vanmechelen calls the ‘Holy Generation’. Meanwhile, a meeting with the Pope is in the works.

For Vanmechelen, the Padovana symbolises an independent generation. Incorporating this variety into his CCP project allows Vanmechelen to reflect on the hope that is implied in the act of creation. For the time being, the cross is not yet flesh and blood, but inchoate, transcendent. It’s a species with a planetary destiny. This generation has the task of transforming humanity from a species exploiting its environment unto destruction, into a species that exists in complete harmony with creation, serene and confident, from its place in the noosphere (the space where all forms of consciousness , including human consciousness, interact) and on its way to the Omega Point – the final moment in the evolutionary process.

At present, it’s still too early for more observations and interpretations of coincidences.