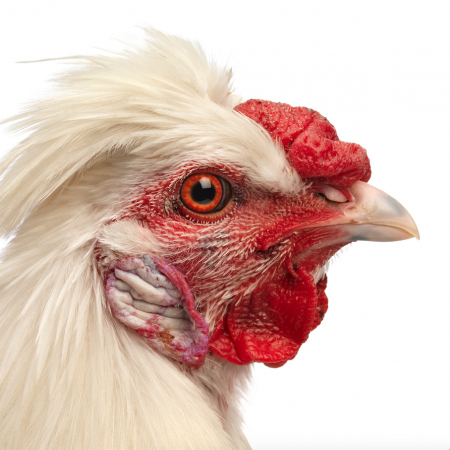 The various phenotypes display characteristics of the fourteen different breeds of chicken that were crossed into this generation of the Cosmopolitan Chicken Project / recognisable traits from Belgium, France, Great Britain, the United States, Germany, the Netherlands, Mexico, Thailand, Brazil, Turkey, Cuba, Italy, Russia and China. 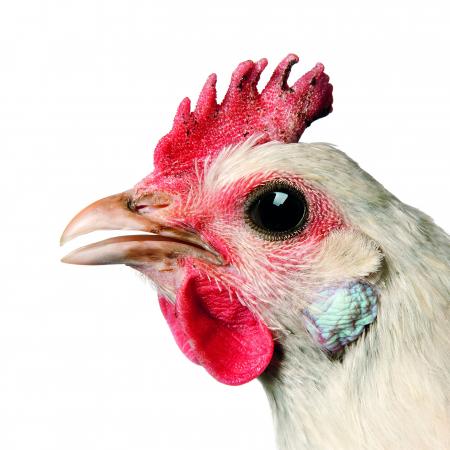 Also called Bigawi / very old and rare Egyptian breed that belonged to the Bishari tribe of the Bejas (an ethnic group in Sudan, Eritrea and Egypt) / known to be particularly resistant to viral and bacterial infections / shows similarities with the Belgian Campine, a breed that is possibly descended from a Fayoumi-like chicken brought to Northern Europe by the Romans.

It took a lot of searching before Vanmechelen managed to locate a single specimen of the Fayoumi. He found it in the UK, just north of Leeds, with a man named Keith Richards (no, not the guitar player for the Rolling Stones!) A little later, he found additional specimens in the Highlands, with a lady who kept the animals in the kitchen.

The Istituto Veneto di Scienze, Lettere ed Arti, during the 54th Venice Biennale, among a gathering of Italian scholars, and the Berengo Studio on the island of Murano 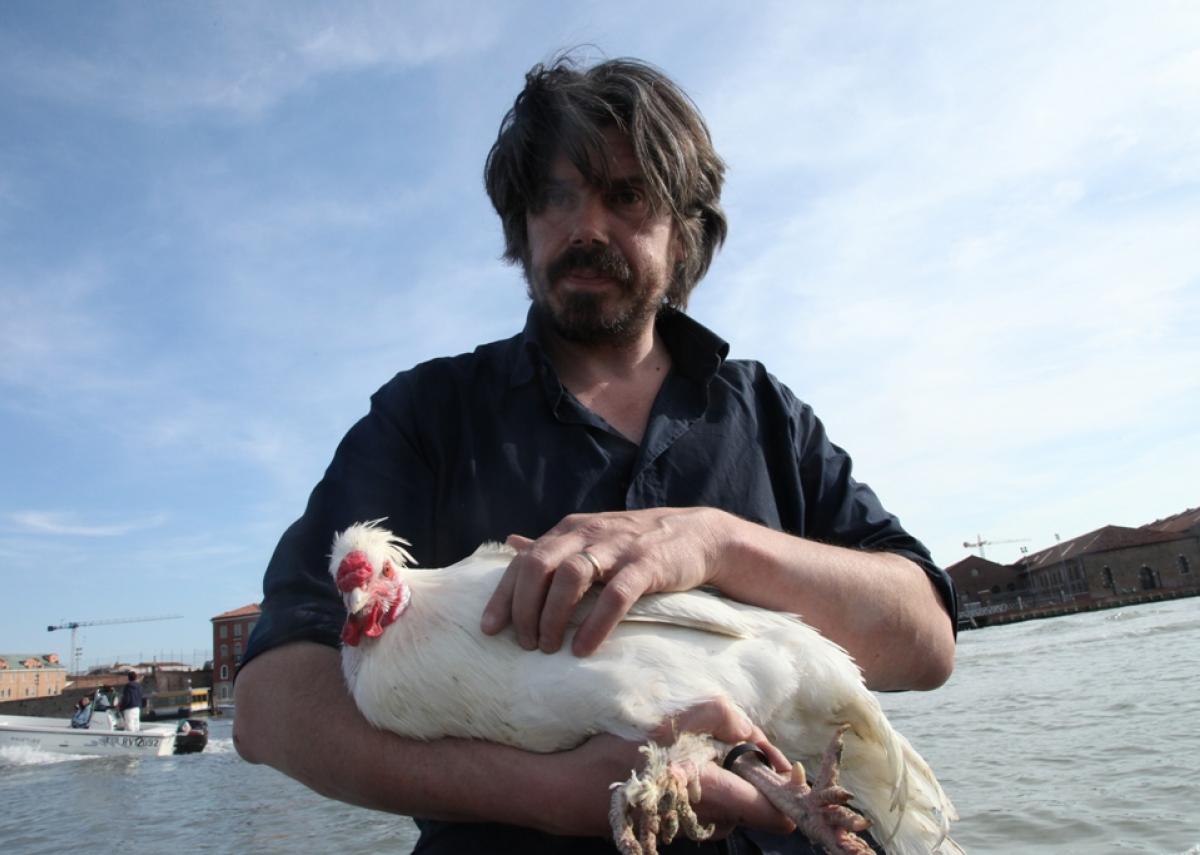 By introducing the Egyptian Fayoumi chicken into the CCP, by way of his contribution to the 54th Venice Biennale, Vanmechelen wanted to emphasise the age-old connections between Alexandria and Venice. In its heyday, Alexandria’s Royal Library was the largest of its kind in the Mediterranean. For a long time, it was the centre of Western knowledge in Antiquity. Venice gained importance only after the return of Saint Mark's bones from Alexandria.

Vanmechelen's installation had the character of a scientific laboratory. The artist presented his Open University of Diversity to a wide audience for the first time. In the Istituto Veneto di Scienze, Lettere ed Arti, a centre for culture and knowledge in Venice housed at the historic Palazzo Loredan on Campo Santo Stefano, Vanmechelen created a publicly accessible study centre where scientists were able to do research. At the same time, the centre offered space for two transparent incubators in which the eggs of the new, fifteenth generation of the CCP were hatched. A second parental couple, formed by the Mechelse Silky and the Egyptian Fayoumi chicken, were housed in the Berengo Studio on the island of Murano. For the occasion, Murano and Venice were connected via a submarine fibre cable – at a cost of €35,000 - so visitors to the Biennale in Venice were able to inspect the ongoing breeding process on Murano in real time, via mirror reflection. The introduction of the Fayoumi into the CCP is of great scientific value, for the Fayoumi is more diverse than the average chicken breed. 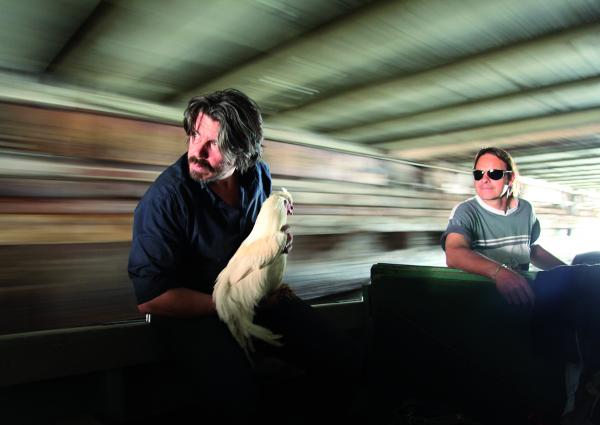 04 June - 27 November 2011
Inside the walls of one of the main centers of Venetian culture and knowledge, Koen Vanmechelen presents a ‘laboratory’. Intellectual and natural breeding come together in one installation in an attempt to stimulate the discussion on cultural and biological diversity, cosmopolitanism, mingling and mixing as the keys to development and progress.