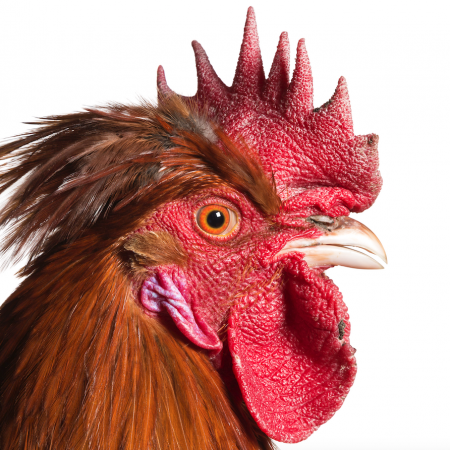 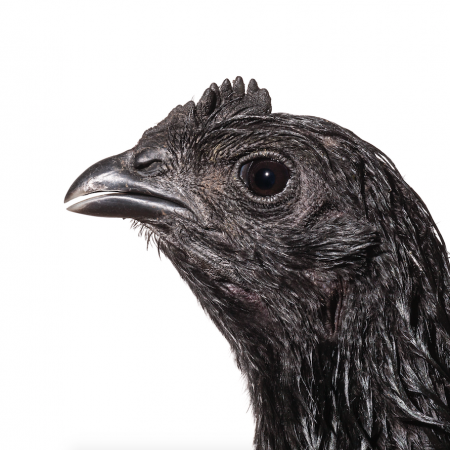 Rare species from the island of Java / descended directly from the wild Indonesian Jungle Fowl / one of 31 local Indonesian chicken species / also called ‘goth chicken’ because of its colour - due to a genetic mutation, it is completely black (actually, dark red), from feather to bone / used on Java as an ingredient for all kinds of traditional medicine - even said to possess magical powers / the 'sacred blood' of the birds is often used in sacrificial rituals in Indonesia, e.g. when inaugurating a huge building project / animals have high resistance to disease and high adaptability to environmental factors.

Vanmechelen purchased Cemanis in various places, including in Retie (Belgium). The animals were from sheikhs in the Emirates and imported into Belgium. 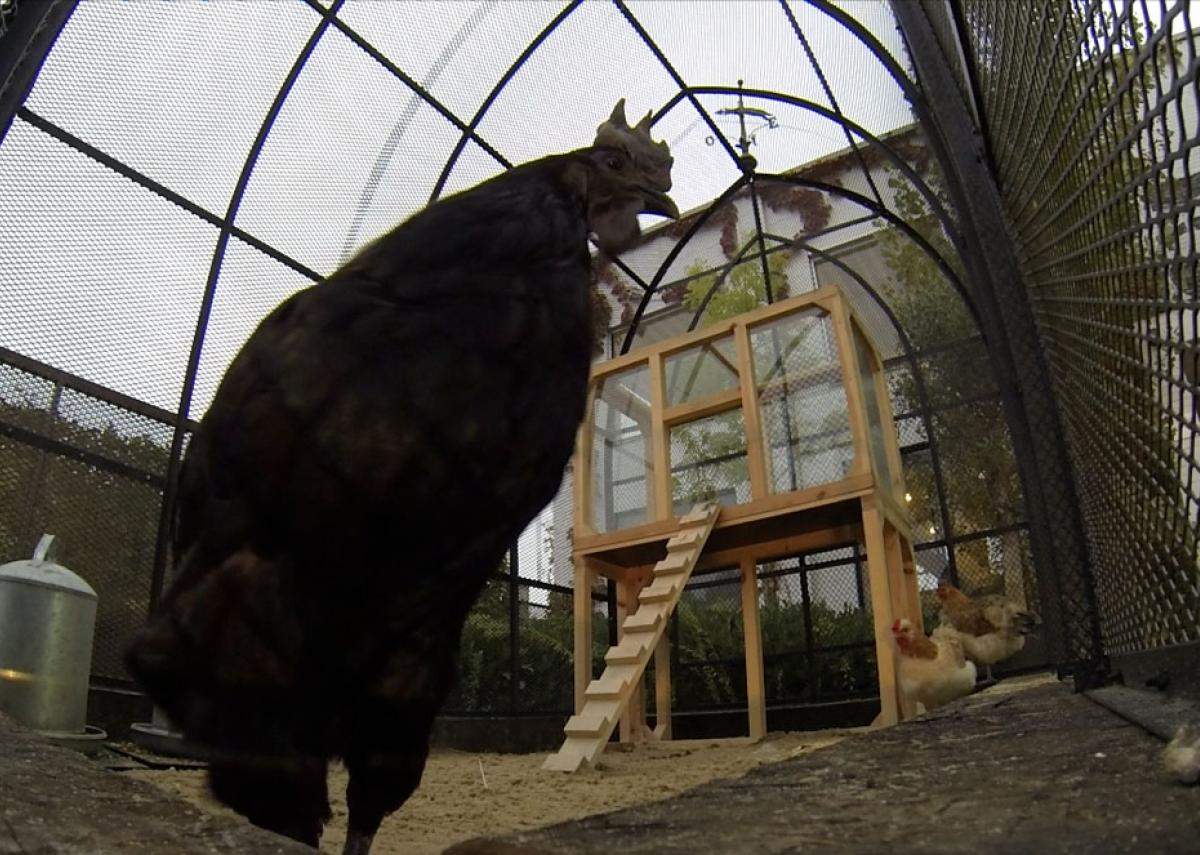 The Cemani crossover is of vital importance for the Cosmopolitan Chicken Project, since it seems increasingly clear that the Jungle Fowl was not domesticated in one place, but several ones – and one of those places could be Indonesia. As such, the country could be considered one of the cradles of human civilisation. The chicken’s dominant black colour, the result of fibromelanosis caused by mutation, is of special value to Vanmechelen. After all, mutation, transformation and adaptation are supporting sub-themes in his work, which focuses on biocultural diversity. Other variants were derived from the Cemani, including the Swedish ‘svart hona’ (black chicken). Vanmechelen: “The Cemani is a genetic starting point, not a dead-end street. More than any breed, it deserves a place in the Cosmopolitan Chicken Project.” 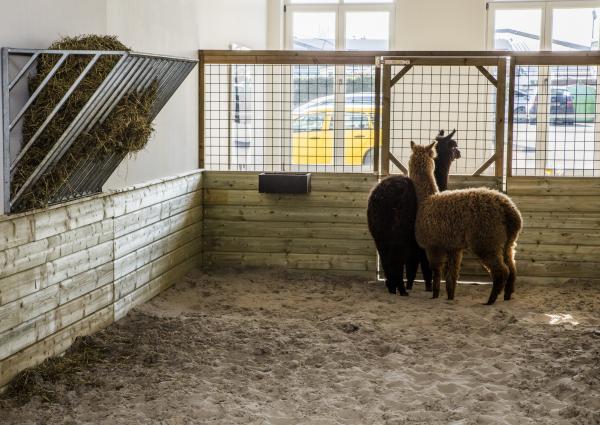