The Valparaiso Cultural Park in Chile became home to a Cosmogolem statue of Belgian artist Koen Vanmechelen. The icon, a disseminator of ideas, connects the city to almost 30 other cities worldwide where the giant figure raises issues about children’s rights and human rights.

The location in Valparaiso, a former prison, is perfect. Vanmechelen: “The Cosmogolem’s open head represents an open mind reminding us that thoughts should move freely. The CosmoGolem encourages others to dream and develop their own aspirations; a symbol of hope and evolution of great things to come.”

A smaller version of the CosmoGolem was also built. This statue has been traveling through different rural schools in La Ligua since April, being used by teachers as a tool to enhance writing and skills and reading. The project in Chile is coordinated by artist María Fernanda Guzmán. 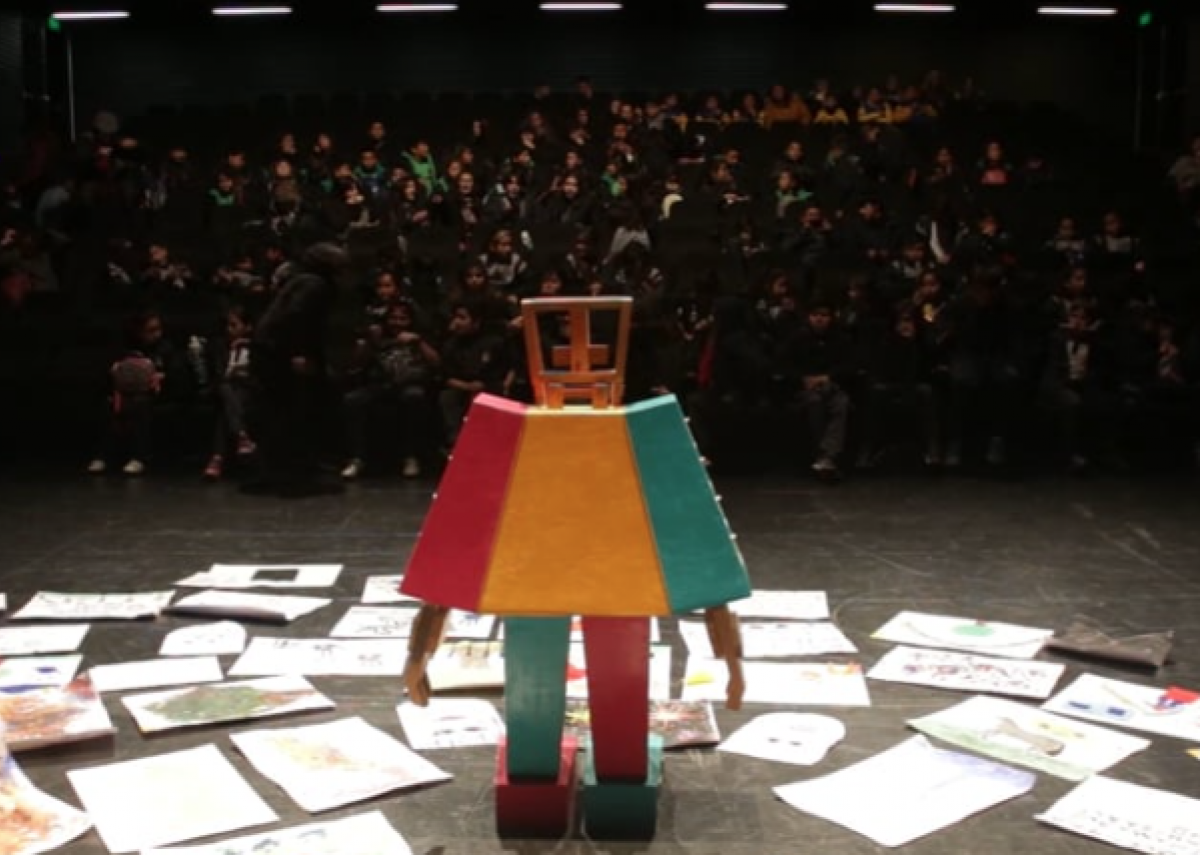